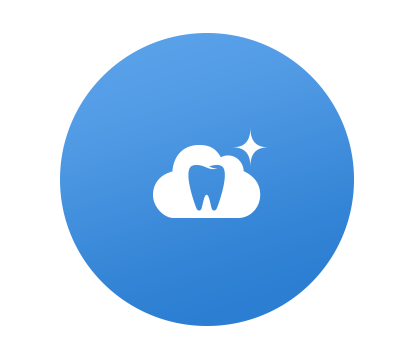 Where did we come from?

We founded LabStar Software in April 2010.  We believed two innovations could help us build the best dental lab software available:  cloud-hosting and world-class design.  At a time when most software had to be installed and expensively maintained, cloud-based software was both easier to manage and less expensive.  With faster development cycles, cloud-based software could also quickly integrate new user experience insights (the iPhone had appeared only three years earlier) to build applications that truly helped dental labs.

Today, over 550 dental labs around the world use LabStar and we remain focused on building software that helps dental labs build better businesses.  Philosophically, we believe lab software should be a near-invisible extension of a dental lab's craft.  It should provide features that help labs effortlessly increase productivity and quality.  To that end, each year we spend thousands of hours researching how labs operate and staying at the cutting edge of technology as we continuously improve LabStar.  To be honest, it's a fun job, and we consider ourselves lucky to have it.

David joined LabStar in 2014.  Before LabStar he worked in operations for music and television companies.  David received a BAS in sound engineering.

David's main focus is on marketing, sales, onboarding and training.  He pays special attention to learning how to improve LabStar's design to help our customers save time and increase productivity, serving as a key "customer advocate" as we evolve and upgrade the software.

Melissa joined LabStar in 2021.  Prior to LabStar she managed a dental laboratory for 7 years and a dental practice for 2 years. Melissa holds a BA in Communications.

Melissa's responsible for first-line customer support and focuses on constantly optimizing all our support channels—phone, email, chat, and the Help Center. She also relies on her deep and practical industry insight to help LabStar customers resolve issues and increase their labs' efficiency.

Leroy joined LabStar in 2017.  Previous to LabStar he worked for several years as a veterinary technician, and holds a degree in animal health science.

Leroy's responsible for product management, working with our software engineers to ensure the best design and business logic possible for LabStar.  To better understand the customer experience and receive direct user feedback, Leroy frequently jumps in to help with phone, email and chat support.

Jeff has spent over 25 years establishing and growing technology businesses.

eBay Executive
From 2001 to 2005 Jeff worked for eBay, first in Taiwan as Taiwan Country Manager, and then in Shanghai managing Asia Pacific customer support organization as well as anti-fraud strategy for China.

China Business Consultant
In the 1990’s Jeff consulted for US companies seeking local joint venture partners in the China market.

Clifford has over 25 years of technology industry experience in both North America and Asia.

Technology Executive
In addition to his work with LabStar Software, Clifford is founder and Managing Director of the Mobigator Technology Group in Hong Kong.

Internet Systems Pioneer
Clifford was one of the original contributors for the Financial Information eXchange (FIX) protocol. He also helped pioneer internet systems including the first electronic futures and options trading platform and the first global IP-based FOREX transaction system.

Xerox PARC Researcher
Before that, Clifford was a researcher at both Xerox PARC and the MIT Computer Science and Artificial Intelligence Laboratory where he focused on developing language and compiler technology for massively parallel supercomputing.

MIT Graduate
Clifford graduated with 4 degrees from the Massachusetts Institute of Technology.

Have a few questions?

Ready to take your lab higher?